August 4 th 2017 Comments Off on Two Tales From Alberta
Share
Posted in:
Column 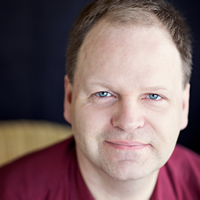 1. Be careful what you ask for…

“Maybe it’s opposite day! Maybe all these X’s mean that my answers are correct! Maybe your “A” is really an “F”! That must be it! I win the bet!”

Something I will see from time to time in my practice is what might be perceived to be an opposite unexpected result than what the party might have asked for. It might be a request to increase cost relief, only to receive a decision reducing it, or for an increase a wage rate based upon the submission that earnings were higher than were used to calculate the rate, only for there to be a finding that the earnings were actually lower.

However, these examples are nowhere near the scale of what occurred in Edmonton (City). This case is a reminder that administrative bodies and tribunals are creatures of statute and can only do what is permitted by their governing statutes. Therefore, the principles of statutory interpretation are critical when determining the jurisdiction of an administrative body or tribunal.

The city asked the assessment review board for an increase in the assessment. What is interesting is that the governing legislation[2] did not allow for a municipality to file a complaint about an assessment. Rather, it only permitted changes for “errors, omissions or mis-descriptions”. Despite this, the board determined the matter on its merit, implicitly finding that it had the authority to increase the assessment. It did so, setting the new assessment at about $41M.

What I find interesting about this case is that at the tribunal level, the owner of the mall never challenged the board’s jurisdiction to increase the assessment. Rather, while it accepted that the board could increase assessments based upon “errors”, it argued there had been no error, saying that the increase was instead based upon an entirely new assessment. It also suggested that it took the assessor’s suggestion that it would seek an increase in the assessment as a thinly veiled threat to discourage the owner from continuing with its appeal.[3] I also note that in the Court of Queen’s Bench, Rooke J. considered the city’s position that the change constituted an “error” under the governing legislation was “disingenuous”.

At the SCC, the court was divided 5-4 in favour of the city. The greatest area of contention was the standard of review, with a strongly written dissent on the topic written by Côté and Brown JJ. However, once the matter of the standard of review was dealt with, both the majority and minority addressed the matters of jurisdiction and statutory interpretation.

For the majority, at para. 26, the matter did not involve “a true question of jurisdiction”, as there was no dispute that the board could hear a complaint about a municipal assessment. Rather, it was simply a matter of the board interpreting the governing statute in order to carry out its mandate. To that extent, starting at para. 45, the majority applied the ordinary principles of statutory interpretation to find that the board’s statutory authority to “change” an assessment includes the authority to “increase” the assessment. The majority also found that the language of the provision at issue read within the context of the legislation did not limit an “error” to mere typographical or similar errors. Rather, the majority found that an “error” included circumstances when a municipality determined that an assessment had been too low, whether the error was of an administrative nature or had to do with a change in an assessment.

The minority differed on the matter of jurisdiction. Not so on whether the issue involved a true question of jurisdiction, but moreso the matter of what the board was permitted to do under its governing legislation. Based upon its reading of the statute, the minority said that the board could only consider those matters raised in a taxpayer’s complaint. During the hearing, the taxpayer would have the onus of identifying the errors in the city’s assessment, while the city could do nothing more than defend its initial assessment. The minority said that to find otherwise would be to allow a municipality to act as a de facto appellant of its own assessment, something not permitted by the statute, which limited the right of appeal to taxpayers.

The minority agreed that the word “change” in the legislation should be given its ordinary and grammatical meaning and that it did not preclude the board from ever increasing an assessment. However, it concluded that in this case the legislation limited the board to deciding the specific issue raised by the mall owner in its complaint. It provided a much narrower interpretation of what constitutes an “error” under the legislation. It found that the board was not entitled to correct “any” error; it could only correct those errors identified in the taxpayer’s complaint. The minority said a broader interpretation that might allow a board to correct any error would have a chilling effect on the complaints process, as it meant that taxpayers would have to consider the risks of a challenge knowing that the board could increase the amount of an assessment.

I am not so certain that one can so readily conclude that such an interpretation would necessarily result in a chilling effect. It is equally likely that having certainty as to the powers of an administrative body would allow for a more informed risk assessment before proceeding. This in no way diminishes a party’s rights, no more than the risk that the board might deny the appeal diminishes a party’s rights. Moreover, knowing that an assessment could increase might act as a moderating influence, as a disincentive for proceeding with a more trivial or less meritorious appeal on the basis that there is little to lose in doing so. That said, the submission by the mall owner in the Court of Queen’s Bench that it perceived the possibility of an increase to be a veiled threat certainly supports the minority’s speculation on this point.

In any event, what this means is that in any administrative proceeding, a party should ensure that it has an adequate understanding of the provisions of the governing statute and the jurisdiction of the administrative body that is being asked to make a decision. In this case, the taxpayer believed it had such an understanding – and three levels of judges agreed with it. For this reason, among many others, Edmonton (City) is a contentious decision and will remain so for some time.

In May 2016, in Redwater Energy Corporation (Re), 2016 ABQB 278, Wittman C.J. (who retired in April of this year) held that the assets of a bankrupt energy company would first go to its creditors and not to the cost of remediating unproductive or abandoned oil wells. In a 2-1 split, a majority of the Court of Appeal of Alberta agreed with lower court, finding that federal bankruptcy law takes precedence over the province’s jurisdiction to set environmental rules.

In June 2017, the Alberta Energy Regulator, which was a party to the proceedings at both levels of court, filed a request with the Supreme Court of Canada for leave to appeal the decision of the Court of Appeal of Alberta. It will be interesting to see if leave is granted, because the decision goes beyond the oil and gas industry. It would have bearing on any case involving the need for environmental clean-up of the works of a bankrupt industrial endeavour.

[1] For those interested in a standard of review analysis of Edmonton (City), please see the November 9, 2016 Slaw article, Standard of Review: The Great Passion of Canadian Law?