What Slaw talks about, the world talks about tomorrow. Well not quite. No illusions about our reach.

So we’ll just put it down to coincidence or the zeitgeist that John Gregory’s mention of Henry VIII Clauses (he initially undervalued the monarch at a mere VII) here triggered global interest. But a few days later, the English legal press revealed that the Lord Chief Justice spoke on just this subject.

Lord Judge, who as Lord Chief Justice is head of the English judiciary, was speaking at the annual Lord Mayor’s dinner for the judiciary, the day before John Gregory’s comment; his speech can be read here. 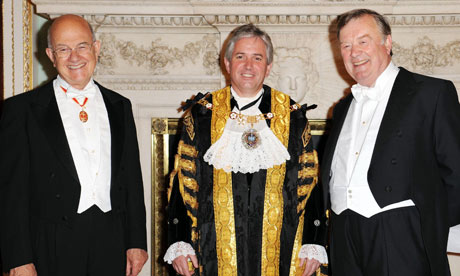 Let’s start with a fairy story:

A FAIRY STORY
“Gather around, children, and listen to this Grimm fairytale:
Once upon a time, a very long time ago, there lived a very wicked king – and he was a king with a capital “K”. The name of this king was King Henry VIII. He was a very large man,… we also had it on good authority that he ate very large meals,… he certainly had a large number of wives, admittedly most of them only for a short period of time. He also decided to have very large powers to make laws, and so it came to pass that this large King ensured that there was an Act. And if this very large King hadn’t got his Act, probably someone would have got an axe. This Act was called the Statute of Sewers. That is not sewers as in Suez Canal, because this was long ago in 1531. The Statute of Sewers really was a stinker. As the Donoughmore Committee said, “The Statute delegates legislative powers, taxing powers and judicial powers.”
Ever since then, those good fairy godmothers, Parliament and scrutiny committees, have been trying to undo that kind of excessive grant of power. And but for those Parliamentary scrutiny committees and the courts, we would have all lived very unhappily ever after. Even today there are still some “Henry VIII clauses”, so we all remain relatively miserable.”
Professor Douglas Whalan, Third Commonwealth Conference of Delegated Legislation Committees, Westminster, 1989

The thrust of Judge Judge’s speech was his concern at the proliferation of “Henry VIII” clauses, the proliferation of which had “shocked” him. Henry VIII’s 1539 Statute of Proclamations gave the King’s proclamations the same juridical force as Acts of Parliament. Lord Judge raised the comparison a series of Acts passed recently by Westminster which gave Government licence to make regulations that overrode legislation.

He singled out the Banking (Special Provisions) Act 2008, which empowers the Treasury to disregard any other relevant statute bearing on the provisions of the 2008 Act or indeed any legal rule. Similar powers have also been granted by section 51 of the Constitutional Reform and Governance Act 2010.

But my deepest concern at the moment is directed to the increased use of what are described as Henry VIII clauses. Henry VIII was a dangerous tyrant. The Reformation Parliament made him Supreme Head of the Church, the representative of the Almighty on earth – hardly an encouragement to humility: it altered the succession at his will: it changed the religion backwards and forwards, at his will: they were a malleable manageable lot. And there is a public belief that the Statute of Proclamations of 1539 was the ultimate in supineness. The Act itself was repealed within less than 10 years, immediately after his death in 1547. But it had allowed the King’s proclamations to have the same force as Acts of Parliament. That is a Henry VIII clause. It is perhaps worth emphasising, however, that this Act, and the supine Reformation Parliament was not persuaded to agree that proclamations alone could prejudice any inheritance, office, liberty, goods chattels or life. It was expressly subject to those limitations.

I am, I suspect, not the only member of the judiciary who is troubled by the extent of the powers granted to council officials to enter people’s homes without a warrant. Or the way in which apparently sensible powers – directed to the prevention of terrorism, appear on occasions to be used to control activities which by no stretch of the imagination, have anything to do with terrorism. But my deepest concern at the moment is directed to the increased use of what are described as Henry VIII clauses.

Having tried to investigate how these powers had in fact been used, he found that there had been at least 120 Henry VIII clauses in the last Parliamentary session. This “astonished” him.

He went on to argue that powers granted to make laws in this fashion when “necessary”, or in the case of emergencies, are subject to abuse in the future:

You can be sure that when these Henry VIII clauses are introduced they will always be said to be necessary. But why are we allowing ourselves to get into the habit of Henry VIII clauses? Why should we? By allowing them become a habit, we are already in great danger of becoming indifferent to them, and to the fact that they are being enacted on our behalf.

He concluded by imploring the coalition Government to include the “pernicious” Henry VIII clauses in the promised Great Repeal Act or risk the “inevitable consequence of yet further weakening the sovereignty of Parliament and increasing yet further the vast authority of Whitehall ”.

Separating powers? These judges speak out

Traditionally English judges – like Canadian judges – steered well clear of the political process. But top judges in England are speaking out in ways that are frankly extraordinary: see the Master of the Rolls’ attack on the power of the European Court of Human Rights, Baroness Hale’s concerns that the Human Rights Act has been hampered by constitutional disputes, and the head of the Supreme Court’s view that the Human Rights Act aids the fight on terrorism.

Lord Judge’s speech, which has some great jokes, BTW, is the most direct attack (outside of the courts, at least) on current legislative trends, although admittedly not on law which was enacted by the current Government. The apparent failure of Parliamentary scrutiny he highlights may even leave law tainted by Henry VIII clauses more vulnerable to judicial review.

I was also delighted to see that the latest issue of the LRB contains a vigorous review by Lord Sedley of The Treatment of Prisoners under International Law by Nigel Rodley, The Enemy of All: Piracy and the Law of Nations by Daniel Heller-Roazen, and The Invisible Hook: The Hidden Economics of Pirates by Peter Leeson. Sedley’s review covers “von Emmich’s infantry crossed the frontier [in August 1914] in parade-ground order, accompanied by horse-drawn field kitchens with fires burning and army cooks stirring the regimental stew”, the seaman’s ballad ‘The Flying Cloud’, [1830s, after which Toronto’s oldest folk club is named],

And it’s now to Newgate we are come, bowed down with iron chains
For sinking and for plundering of ships on the Spanish main.
The jury found us guilty and we are condemned to die.
Young men, a warning take by me, and shun all piracy.

a discussion of the demise of Captain Hook in Peter Pan and an evisceration of the arguments from the law of piracy that Professor John Yoo deployed to justify scrapping the protections of domestic and international law in relation to the fight on terror.

Well worth a read.

Would a Canadian judge review books on such critical topics in terms that express strong – and strongly reasoned – personal opinions? 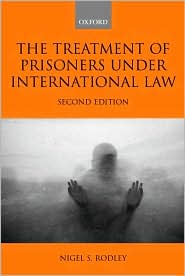 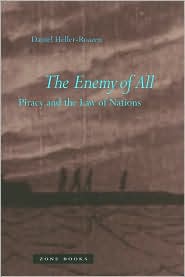 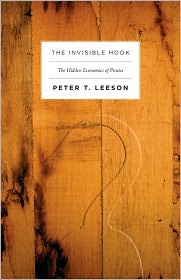 An Inspiring Resource for the “Dispute Resolution Movement”, and Some Thoughts

If the Groundhog Sees Its Shadow… Will There Be Six More Years of Discussion of Standard of Review?

Harassment in the Legal Profession: A Few Bad Apples?