January 1 st 2014 Comments Off on Protecting Yourself From Cybercrime Dangers: Avoid Infections With Antivirus And/or Antimalware Software
Share
Posted in:

Protecting Yourself From Cybercrime Dangers: Avoid Infections With Antivirus And/or Antimalware Software

Cybercrime dangers are many, complex and ever-changing. Hardly a day goes by without another news report of a data breach or other cyber-related scam or theft. Cyber criminals have considerable resources and expertise, and can cause significant damage to their targets. Cyber criminals specifically target law firms as law firms regularly have funds in their trust accounts and client data that is often very valuable. This article, from the December 2013 issue of LAWPRO Magazine, reviews the specific cybercrime dangers law firms need to be concerned about, and how they can mitigate their risks.

Good behaviour alone will not protect you from viruses or other malware infections. You must run software that will prevent and/or detect infections on your computers, and you may want to consider it for your tablets and smartphones too.

But what is the difference between antivirus and anti-malware software? Malware is a broad term used to describe many different types of malicious code, ncluding viruses, but also Trojans, worms, spyware, and other threats. Click the thumbnail image below for a description of each type. 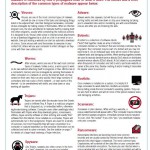 The options
Windows computers are prone to infections so you must run anti-malware software on them. Microsoft Security Essentials is a free product you can download to help protect computers running Windows XP, Windows Vista, and Windows 7. Windows 8 includes Windows Defender, also free. Both offer good real-time anti-malware protection.

There are a number of widely used commercial anti-malware programs, some that come in suites that include other functionality like anti-spam, firewalls, remote access, device location and scrubbing.

The two most widely used antivirus programs are Norton™ AntiVirus (symantec.com) and VirusScan (mcafee.com). Expect to pay $40-$60 per computer to buy the software, plus an additional annual fee for virus signature file updates (see opposite). Buying antivirus software that is bundled with other products, such as firewall and anti-spam software, will save you money.

Until recently, it was generally felt it was not necessary to run antimalware software on Apple computers as the Mac OS architecture prevented infections and there were no real malware threats targeting Macs. There are now potential malware threats, and consider ClamXav, an effective and free antivirus program for Mac OS X computers. Note: If you run a Windows emulator on a Mac computer you open yourself to the full gamut of Windows malware risks and you must use a Windows anti-malware tool.

Tablets and smartphones are, in general, much less likely to get malware infections, but you may want to run anti-malware apps on them for greater protection.

As no one tool will catch everything, you may want to consider using more than one anti-malware tool. To better protect yourself, install one security tool that scans for as much as possible and that runs all the time in the background with an on-access scanning engine. This will protect you from threats as you surf the web, install applications, open files and complete your other daily activities. Then, install another anti-malware tool that you can occasionally use on demand to make sure nothing got through or was overlooked. Scan your entire hard disk(s) at least weekly, either manually or automatically (automatic is better as you don’t have to remember to do it).

Bitdefender QuickScan is a free online scan that is handy if you need a second opinion on a Windows computer.

Malware can be extremely difficult to remove from a computer, so it is best to prevent infections. However, if you do get an infection, Malwarebytes Anti-Malware is a good free tool for removing malware from a Windows computer.

The Broader Impact of a Court’s Historic Decision

Partnership – Is It for You?