What Does It Really Mean to “Free the Law”? Part 2 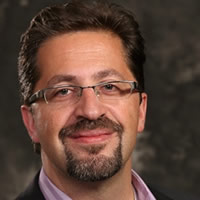 Attributed to Nelson Mandela, that quote fits the experience of groups around the world that sought over much of the past 20 years to make the law freely accessible on the internet. Beginning today (November 9th), dozens of members of the Free Access to Law Movement (FALM), along with other supporters, are meeting in Sydney, Australia where AustLII is hosting the 2015 Law via the Internet conference. Some countries attending are currently at the “impossible” stage and look to achievements in Canada and elsewhere for inspiration of what is possible.

The Harvard Law Library / Ravel Law arrangement to make all reported U.S. case freely accessible via Ravel’s website discussed in Part 1 of this series, though not explicitly part of this movement, follows and builds on similar work done by FALM member groups in the U.S. and abroad. In this post, I’d like to focus on Canada’s efforts to “free the law”, and its opportunities to continue to create a new standard for what is possible.

The best time to plant a tree was 20 years ago

The second best time is now.

Canada is extremely fortunate that such a tree was planted. 22 years ago, in fact. In 1993, the Supreme Court of Canada put the country on the right path by making its judgments available online. Its collaborator in this endeavour, Lexum, then a legal info technology lab at the University of Montreal, has gone on to play a significant role in many other Canadian achievements essential to securing free access to law in Canada, most notably through their role as the developer and operator of the CanLII website.

CanLII, as the site explains, “…is a non-profit organization managed by the Federation of Law Societies of Canada. CanLII’s goal is to make Canadian law accessible for free on the Internet.” It has nearly 1.5 million documents across over 300 case law and legislative collections, and at nearly 10 million visits in 2014 is quite likely the most used legal information resource in Canada and unquestionably essential to supporting the work of the legal profession, the courts and the public interest in free access to law. It even launched an API (Application Programming Interface) in 2013 that provides software developer access to case law and legislative metadata to support the creation of new or augmented services that relate to primary law, and it hosted a hackathon to promote it!! [Disclosure: I served as CanLII’s CEO for a four-year period ending in May of 2015, so I’m clearly biased about its positive impact].

The tree that is CanLII was also planted nearly 20 years ago. In a 2011 article on Slaw entitled “$34 Well Spent”, I provided an overview of how CanLII came to be. Please check it out if you are interested in hearing a great tale of foresight and forward thinking from law societies, courts and other supporters. But as I don’t intend the present post to be a delightful stroll down memory lane, I’d like to turn away from discussing what’s working, to discussing what’s missing.

While in many respects the Harvard / Ravel arrangement (along with other existing American free law projects) might appear to merely bring American public access to case law in line with Canada, in reality it goes much further.

In my earlier post, I talked about “retail” and “wholesale” access to American case law facilitated by a range of providers. Retail service – whether free or fee-based – in the form of a website with a good search engine that permits professional-grade research into a comprehensive body of law is what most of us need. Wholesale services, on the other hand, is bulk access to the body of law (or to, for example, jurisdiction-level subsets) and is the format required by a publisher or developer that wants to use the content to create differentiated or competitive retail services and niche applications.

Two elements particular to the U.S. make its market well-suited to supporting wholesale access. First, the Public Domain status of case law means that whether the content is collected from court websites (like UC Berkeley’s Free Law Project) or scanned from case books (like Harvard’s Free the Law project), provided the copyrightable elements are stripped out, there are no lingering restrictions on use, re-use or further copying and distribution. Second, the presence of multiple competitors of fee-based retail services has created incentives for the main players to offer up wholesale access (at a price) and to look for opportunities to collaborate.

I’ve suggested that the Harvard / Ravel deal will supercharge the wholesale market in short order because: 1) when the Ravel exclusivity period ends, the cache (over 40,000 volumes) will be available to anybody; and 2) the arrangement is also designed to “Encourage and assist federal and state courts in making all prospective court decisions freely accessible online”. I described the consequence of success as follows:

When bulk access to case law is free for everybody, it gets harder for anyone to make a buck selling simple access. As the commercial value of U.S. case law begins to diminish, the incentives to build something on top of that data increase.

Turning back to Canada, the issue here is not that we have a less competitive retail market and no commercial wholesale market. Well, I’m not thrilled about that, but there is in fact a greater issue. The real barrier in Canada to “fully free” access to case law begins at the courts themselves.

Who owns case law in Canada and who can make it available?

To varying degrees, CanLII and the fee-based legal research services have found a way to manage these issues – at least insofar as their retail publication of case law is concerned.

But what if you are new on the scene? Whether a researcher at a university, a legal information publisher looking to enter the Canadian market, or a legal tech start-up that seeks to build a niche service to address a public need or market gap, in the absence of a wholesale market how do you go about acquiring the content you seek? Is it feasible to speak with every provincial, superior, appellate, territorial and federal court or tribunal? And if you try, what kind of reception can you expect?

We are entering an exciting age of machine-aided analysis (I’m trying to avoid calling it Artificial Intelligence) of legal information. Hundreds of millions of dollars are being poured into research and startup companies seeking to lower the cost of access to justice and bring forward new and beneficial methods in managing legal information. (Disclosure #2: I’m currently engaged in paid consulting and other capacities with a few such organizations, directly and as a volunteer industry advisor at LegalX) But how much of that effort and investment, and how many benefits will come to Canada if the raw resources – i.e. the case law – is not available?

In my experience, there are several courts that “get it” and are willing to try to find a way to make case law available to support new entry. Unsurprisingly, the Supreme Court of Canada is among them. But even among supportive courts, challenges and significant delays can arise. The main challenges are: 1) working your way through an ad-hoc process that rests on a yes/no decision of a Chief Justice; 2) juggling a mix of standards and unique requirements that reduce the possible uses of the whole to the strictest of terms imposed by one; and 3) the court actually finding a way to provide or facilitate access to both current and historical decisions in a usable format. As many Canadian lawyers know, there are several courts in this country that don’t even publish their own decisions anymore. Moreover, even when you navigate these challenges, you can still find yourself with a patchwork of materials that can limit or even foreclose the viability of the whole exercise.

The next step – free the law for a new generation

CanLII exists and is successful because the courts support its mission – free access to law – by providing case law for retail use. We rightly celebrate meeting the original challenge. Today’s challenge, however, is to support the growing ecosystem of legal information innovators by systematizing and standardizing access terms. If each new player has to run the gauntlet at each court in order to gain access to case law, Canadian legal information innovations will forever be limited to the outputs of the existing service providers. That’s not good enough.

In the U.S., the legal tech market is exploding with ideas, and countless people and organizations are trying to bring real change. Ravel Law itself is among the U.S. startups that couldn’t exist without access to a sufficiently broad and deep corpus of case law. In Canada, organizations like Knomos, Blue J Legal and ROSS are attracting headlines and investment for their plans to serve professional and public interest in understanding the law by applying advanced technologies to extract insights from legal information. This is just the tip of the iceberg of what could come, but without adequate access to Canadian law, the whole iceberg could just as easily float away (or at least float to jurisdictions like the U.S. where prospects might be better).

So when it comes to really “freeing the law” in Canada, we’ve only just begun.

Fixing this problem may seem impossible, but only until it’s done.