June 11 th 2021 Comments Off on Standards, Rules, and Law’s Quest for Certainty
Share
Posted in:
Column 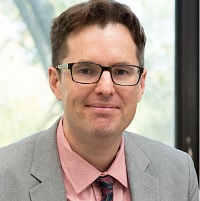 Law should be drafted in a way that prevents litigation. Statutes, regulations, and precedents should ideally let people predict the decisions that legal authorities would make, if presented with certain facts. If the “shadow of the law” is sharp and clear, then people can avoid and resolve disputes instead of spending time and money litigating over them.

Often, however, it is difficult to create law that both keeps people out of court, and ensures that the resolutions they reach out of court are fair and just.

Consider, for example, the law about amending pleadings. In the procedures of most courts and tribunals, parties are expected to plead: set out their positions in writing at the outset. However, as months pass and the procedure continues, it often happens that a party comes to see their original pleadings as inadequate. New facts may have emerged, or the party may simply have thought of something that should have been included in the original pleading. The party therefore seeks to amend their pleadings.

Should this be allowed? On the one hand, a liberal approach to amendments can increase the chance that the final outcomes of cases will be substantively just. Amendments help ensure that all the facts and arguments that the parties think are significant are brought to light. If something is important, shouldn’t the decision-maker know about it before deciding? Shouldn’t all the parties know about it, so that they are “on the same page” when they consider settlement?

On the other hand, allowing a party to amend pleadings can be unfair to the other parties. The others have typically already spent time and money responding to the original pleadings. They may justifiably resent being required to spend more time and money responding to the amended pleadings. Amending pleadings also typically increases the time it takes to resolve the case. No one has ever complained that litigation does not take enough time to finish.

These general considerations can be listed in a standard that applies to the amendment of pleadings in a certain procedural forum. For example, the guidelines for the British Columbia Civil Resolution Tribunal (BCCRT) state:

“in deciding whether to amend… the tribunal will consider

a) the stage of the proceeding
b) the nature of the change
c) any prejudice to the parties
d) any other factors the tribunal considers appropriate.” (R. 1.19)

If the dispute has reached the final stage in the CRT process, an amendment will only be permitted if “extraordinary circumstances” are present (R. 1.19(3).

All of the things that should be relevant are listed here. However, standards like this one can be described as imprecise. Their application to a particular set of facts can often only be determined retrospectively. Suppose two parties before the BCCRT are entrenched in a dispute about whether or not the applicant should be allowed to amend their pleading. If some of the four factors favour the applicant and others favour the respondent, and they are unwilling to compromise, then they will likely need the Tribunal to rule on this procedural dispute.

The alternative to a vague standard is a true rule, which clearly places fact patterns in legal categories (I.e “amendment allowed” or “amendment not allowed.”) For example, Ontario’s Rules of Civil Procedure state that

“On motion at any stage of an action the court shall grant leave to amend a pleading on such terms as are just, unless prejudice would result that could not be compensated for by costs or an adjournment.” (R. 26.01)

The use of the word shall gives the party seeking to amend the clear right to do so at any point, unless this would cause the other party or parties prejudice of a specific kind. Most types of prejudice do not defeat the liberal right to amend. Instead, they are to be dealt with by granting the prejudiced party a cost award or more time to respond. The only kind of prejudice that defeats the right to amend is prejudice that cannot be remedied in either of these ways.

The Ontario approach is significantly more rule-like than that of the BCCRT. It might be said that the drafters have done more work, so that the adjudicators and parties will have less work to do. The effort is made to clearly place cases in legal categories based on characteristics of the cases the parties can perceive ex ante. Even parties who are entrenched and unwilling to compromise will often be able to read Rule 26.01 and predict what a judge would do. This lets them stay out of court.

Which is better, a standard or a rule? More accurately, the question is: where should the law on a particular point position itself on the spectrum between standard-like and rule-like language? The answer, of course, is that it depends. John Braithwaite suggests that rules beat standards when “the type of action to be regulated is simple, stable (not changing unpredictably across time) and does not involve huge economic interests.” Conversely, regulatory theory suggests that standards beat rules when it is impossible to delineate suitable legal categories beforehand, because the considerations that ought to drive the outcome are too unpredictable or idiosyncratic.

This blog’s (modest) contribution is to suggest that the audience for the law being drafted should also be considered. Ontario’s Rule 26.01 creates clarity only for those who can understand it, and it is more difficult to understand than the BCCRT’s provision. It involves more technical words. It is also conceptually more complex: a rule with an exception within an exception instead of the BCCRT’s simple list of factors. Many self-represented litigants will struggle with it more than they would with the BCCRT’s R. 1.19. Fortunately, while most users of the BCCRT are self-represented, most users of Ontario’s Rules of Civil Procedure are represented by counsel.

Draftspeople — including those who draft from the bench — have a difficult job. Their creations should generate legal certainty and keep people out of court, in addition to offering procedural and substantive justice to those who do end up in court. The standards-versus-rules dichotomy is a simplification, but it is often a helpful one. The best place to position a certain provision on this spectrum depends on the nature of the law, but also, crucially, on who will use it.